Get Smart about Energy™

How nice it would be if I did not have to write this section on consumer responsibility and energy scams. But to NOT do so would be intellectually dishonest indeed. Welcome to this fourth post in our 5 part expose' of consumer energy scams. 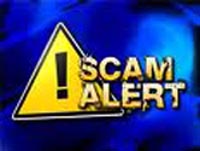 In week one we introduced our subject of energy scams. In week two we explained the four categories of technology which underpin most energy scams. Last week we identified three Internet groups feeding on green energy hype. This week we take a difficult look at the motivation and behavior of consumers themselves.

In July 2009 I wrote an article on energy saving attitude and in October that same year I followed it up with an article on home energy awareness. I regularly look at the number of times an article has been read to gauge the level of interest in a particular subject.

So you can imagine my disappointment to find that information on energy scams is being read FIFTY times more than information on how to change our attitude to energy. And I am not the only one finding this; my fellow energy publisher at MapaWatt reports that his posting on the magniwork scam remains the top read article in his site.

If the purpose of our web site was to generate traffic, I guess we would be pleased that the articles on scams were being so well read. But this is not the case. Our articles are written to encourage consumers to save energy. Saving energy begins when a consumer is educated about energy and develops a healthy desire to save energy. The question of consumer motivation becomes more concerning when one analyses the pattern of traffic around scam products. I had hoped that the problem might be the reader was being duped, but in most cases the behavior on the web site would indicate that readers have little interest in reading about their role and attitude to saving energy!

There is clearly a lack of technical understanding on how electricity works amongst readers of scams. This is expected. As we wrote in our second article, a scam depends on deception and near truth. But I do not think this is as big an issue as the misguided hope that our electricity issues can be solved by installing some magic box. I am always pleased to read about a consumer willing to spend money to save electricity. I am equally dismayed when it is in the hope that some box will do it all for them. There are some excellent technologies that do assist consumers to save energy, but even these require genuine effort if they are to deliver the savings they offer. Please remember that the biggest consumers of electricity in a typical home are temperature control and lighting. Most home owners can save between 5% and 15% of their electricity bill by eliminating the waste of electricity in these two areas, and that is before spending a single dollar on improvements or technology. Simply put, turn it down or turn it off.

There really is a lot of quality information on the Internet, but it will not get found by those who do not look. Even less will it be seen by those who do not want to see! I know that it is not fair to generalize, and that there are cases in which the above comments are not applicable at all. If you are such a case, I do apologize and I hope that you will not be offended. If you have been of a wishful nature, I do hope that you might be persuaded to think again.

One of the lessons scientists are taught is to keep looking for the root cause. Unfortunately the root cause of why consumers have wishful thinking and are unwilling to examine what they can do to save energy is not science. I believe that the root cause is wrong motives. If one is motivated by saving the planet, or by some significant financial gain, it does not take long to realize that your own energy savings potential is actually quite small.

I believe that progress and development of society is both good and inevitable. Looking at the data, the increases in life style can be matched to increases in energy consumption. In fact, we can base our predictions on global energy requirements by modelling consumer behavior in the developed world. What I struggle to accept is waste of energy, and the failure to use as little as is possible for a given quality of living. As I have written in previous articles, I believe that to waste is ultimately to be selfish. Fossil fuel energy is finite. If you waste some today, somewhere down the line there will be a situation where your waste denies another person the opportunity to use it efficiently.

They say that people who live in glass houses should not throw stones! I agree, and as one who lives in a glass house, you do not have to Google far to find that my life story is no pedestal from which to make moral statements, let alone judge my neighbor. But, it seems that the issue we face parallels that of littering in the 70's. No single wrapper could be pointed at and blamed for the problem. While the attitude of littering remained unchallenged communities were left with ever growing problems. Sadly to me, society did not volunteer to change, and it was only when significant fines came into effect that a shift took place. Today littering is frowned on in most communities!

I wonder if the need to stop wasting energy will eventually require fines for waste, and a drive to create a culture where being an energy bug is seen for the socially undesirable habit it really is?

Matt Peterson of Vertatique has the issue well framed "The biggest materiality challenge may well be how to resolve the dissonance between that which is material in the aggregate, but apparently immaterial to the individual". I do hope that all readers of this article will pause for a moment and consider their energy attitude!

Get Smart about Energy™